Get fresh music recommendations delivered to your inbox every Friday.
We've updated our Terms of Use. You can review the changes here.

by WHEEL OF EXPERIENCE 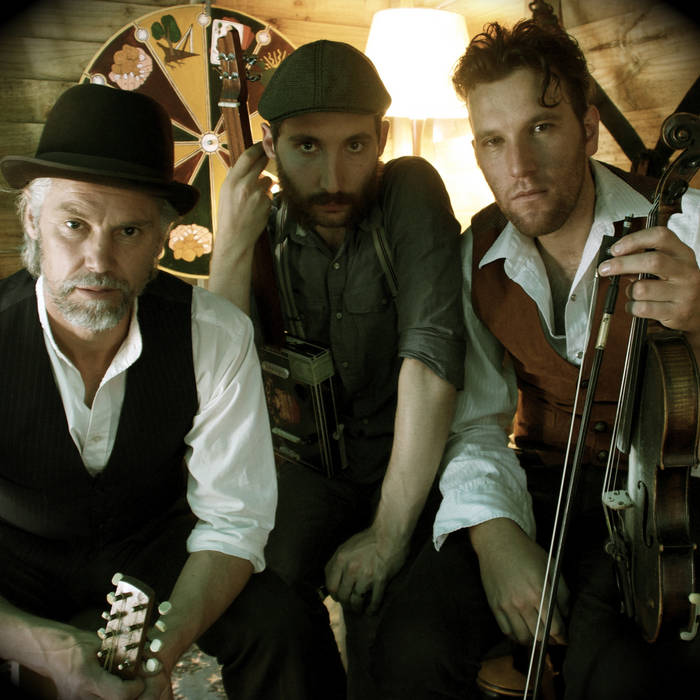 A HUNDRED TREES
In 1900 workers and their families from all over the world arrived on the NZ volcanic plateau. It was winter, raining, 12 families to one tent.
They were enticed here by the promise of employment on the Raurimu Spiral on the main trunk line. Gambling was rife, cocktails of whisky, meths and cough mixture helped to ease the hardship. In a world where people strive to get ahead, we tell a story of high stakes and betrayal.

SUNRISE
This song is inspired by the settlers at Cornwallis, who after months at sea arrived to find their promised utopian community didn’t exist. This is an epic painting of a couples need for survival in a new, harsh and ultimately unforgiving world. It tells a story of separation and sacrifice, of people risking everything just to exist.

DON BUCK
Paying tribute to the legend of larger than life Portuguese entrepreneur Francesco Rodriguez Figuera. He has been described as the Original “Westie”, who with the blessing of the authorities ruled an indentured criminal workforce and often debaucherous shantytown in West Auckland.

CONFESSION
Confession is based on the real and erudite confession of Dick Burgess and the murders for profit he and his gang committed against Otago gold diggers. As a young boy, having been arrested, shipped and flogged for misdemeanors he vowed he’d take a life for every lash”. His last words at the gallows were: “I’ve got no more fear of death than going to a Wedding”

WE DID SEAL
We Did Seal is based on the fate of a band of Sealers, who in 1810 were left on a remote NZ island with their 10 000 skins and abandoned when their ship was wrecked, never to return. With an ax an adze an and knife they set about cutting a path back to civilisation.

MADE POSSIBLE WITH FUNDING FROM CREATIVE NEW ZEALAND

"Neither musical nor theatrical experiences come any more astonishing than the Wheel Of Experience. The three performers seem to have stepped straight out of one of the epic folk ballads that are the basis of this intimate and utterly engaging show. You hear about good performers bringing songs to life, but in this case the songs seem to have given birth to the performers." NICK BOLLINGER ... more

Bandcamp Daily  your guide to the world of Bandcamp

Mille Petrozza stops by to talk about the new Kreator album, plus music by Trauma Bond